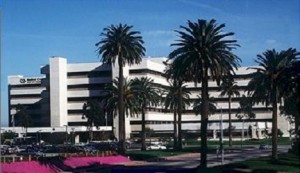 The U.S. Department of Veterans Affairs (VA) has announced its commitment to ending homelessness among Veterans in Los Angeles County.

Currently, Los Angeles is home to the nation’s largest population of homeless Veterans, and Veterans with disabilities. VA Secretary Robert McDonald is in the process of familiarizing himself with the issue of homelessness among Veterans by participating in this year’s Point-in-Time (PIT) Count in Los Angeles. Each year, in January, the PIT Count is conducted in cities around the country to gauge the homeless Veteran population.

The January, 2014 PIT Count revealed that 49,993 Veterans were homeless on a single night, which was a 33% decline in homelessness among Veterans since 2010.  In fiscal 2014, more than 72,000 Veterans and their family members were placed in permanent housing or prevented from becoming homeless. This was accomplished through multiple homeless programs committed to eliminating Veteran homelessness by the VA.

Under the agreement, the VA will formulate a written plan to help end Veteran homelessness in Los Angeles by February 13, 2015.  The plan will focus on serving homeless Veterans, female Veterans, aging Veterans and disabled Veterans. Reporting directly to Secretary McDonald will be a special assistant, appointed to oversee the project, and implement it with the necessary resources and support.

Also, under the agreement, the VA will launch an accelerated process to develop a new long-term Master Plan for the future use of the West Los Angeles campus. This Master Plan is intended to prioritize the provision of bridge housing and permanent supportive housing. The VA will utilize members of  L.A.’s Veteran community to provide input to the Master Plan, along with other stakeholders, including the local community.