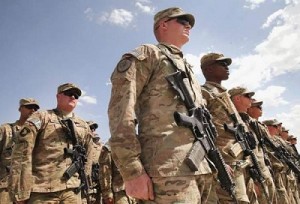 The majority of Americans believe that our Veterans deserve to receive the highest level of benefits and care. However, not everyone who has served is entitled to provisions offered by the Department of Veterans Affairs (VA) and other agencies and organizations. Veterans, even those who served in combat, who were issued either an Other Than Honorable, Bad Conduct or Dishonorable Discharge are not eligible for healthcare from the VA, as well as a multitude of other benefits.

Veterans with Other Than Honorable discharges are able to petition for benefits, but they are less likely to get them. Veterans are also able to have their discharge characterization upgraded, or have the reason for discharge changed.

For decades, many Veterans who left the service with anything but an Honorable Discharge were looked down upon, especially by the Veteran community. For many Veterans, the idea of receiving the other types of discharges meant that you had done something wrong to earn the distinction. That opinion was black and white, with no room for grey.

But with many new opinions coming to light, especially from the medical and psychological communities, the lines are blurring, and the black and white areas have given way to allow for some grey. During our nation’s longest war, there are many professionals who now feel that many of the previously issued negative discharges may have been the result of traumatic brain injuries, or symptoms of post-traumatic stress.

This realization could pave the way for as many as 80,000 Veterans to upgrade their discharge status, if they can link their conduct to genuine and evidenced symptoms of TBI or PTSD.

On September 3, 2014, Defense Secretary Chuck Hagel issued a memorandum that directed boards for the correction of military records or naval records to “fully and carefully consider every petition based on PTSD brought by each veteran.” The memo offers guidance for review boards to use when handling cases where the petitioner claims that post-traumatic stress caused their misbehavior.

This change will be especially beneficial for Vietnam Veterans, whose PTSD symptoms were confused with misconduct, at a time before PTSD was recognized in the military and Veteran communities.

If you are a Veteran needing to upgrade your discharge status, please make sure that you apply for corrections with the appropriate review board for branch of service that you were in:

Navy and Marine Corps Veterans -The Board for Correction of Naval Records:

Coast Guard Veterans -The Board for Correction of Military Records of the Coast Guard: