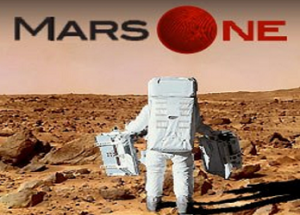 Often times, we see advancements in exploration and technology during and following long periods of war and conflict. For example, the first pilotless drone was developed for the U.S. Navy in 1916 and 1917 by two inventors, Elmer Sperry and Peter Hewitt. WWII played a critical role in the industrialization of many of the nations around the world on which every military greatly relied.

Now, in 2015, after  a period of war that has spanned thirteen years, and counting, two service members are in the running to participate in the next monumental piece of  history.

A not-for profit foundation called Mars One is seeking to establish a permanent settlement on Mars by the year 2025. As part of the mission, six teams of four astronauts will be assembled for expeditions to Mars. Mars One received more than 200,000 applications from potential candidates from all around the world. The short-list now stands at 100 candidates, and among them are two American service members.

Tech Sergeant Carmen Paul has been in the Air Force and the Air National Guard for a combined total of fourteen years. Tech Sgt. Paul has received extensive training in communications and computer systems, and believes that her military experience will make her a fitting candidate.

The other candidate is Lieutenant Commander Oscar Matthews of the U.S. Naval Reserves. LCDR Matthews is a graduate of the U.S. Air Force Academy, and has a Master’s degree in Aerospace. He is currently a civilian nuclear engineer on Navy nuclear reactors, and a Flight Test Engineer in the U.S. Navy Reserve. Matthews said that he has always dreamed of being an astronaut.

Members selected for Mars One missions are signing on for one-way trips to the “Red Planet.” The men and women who are chosen will emulate earlier pioneers who have said good-bye to their homes and their loved-ones forever. These brave souls will rely on technology for every aspect of their lives. If anything should go wrong, assistance from home will be an unfathomable 50 million miles away.

There are still numerous obstacles that our two candidates must overcome, including whether or not any of the Mars One missions ever get off the ground. Mars One is still looking for funding and sponsorship. If you would like to make a private or corporate donation, please visit the Mars One Donation Page.