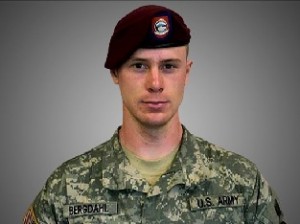 Many civilians don’t realize that when service members enlist in the military, they are essentially surrendering many of their personal rights as citizens. They are also subjecting themselves to a different, often stricter, set of rules under the UCMJ. Because of the importance and severity of their duties, service members are not able to challenge or shrug off the responsibilities of their occupation as easily as civilians can in their workplaces. All branches of the U.S. military are subject to criminal law governed by the articles of the UCMJ.

Army Sergeant Bowe Bergdahl is famous for disappearing from his observation post on June 30, 2009, in the Paktika province of Afghanistan. Bergdahl was kidnapped by the Taliban, and held captive for five years. His release was secured through the exchange of five Taliban leaders being held at the detention facility in Guantanamo Bay.

In June, 2014, the Army ordered an investigation of Bergdahl’s disappearance and the actions that led to his captivity, as well as his behavior while he was held by the Taliban. The investigation was headed by Major General Kenneth Dahl. In December, the results of Dahl’s investigation were then sent to General Mark Milley at U.S. Forces Command.

If Bergdahl is found guilty of either charge he could face jail time. The Article 85 charge carries a punishment of up to five years in prison, a dishonorable discharge, a reduction in rank to E-1, and loss of pay and allowances. The Article 99 is more severe, and could include punishment up to life in prison.

Historically, the Article 99 charge has been used to shame, disgrace or otherwise humiliate personnel who committed actions that go against the values and training of the military. Historical punishments for Article 99 offenses have included publicly ripping rank insignia from the guilty individual’s uniform, or requiring them to display some written message (often using words such as “coward”) describing their disgraceful behavior before their command.

An Article 99 charge is considered outdated by many familiar with military law. Not since the Vietnam War era have high-profile cases involving charges under Article 99 been used. Most notable was in 1968, when Navy Commander Lloyd Bucher was charged with violation of the article after he surrendered the U.S.S. Pueblo to the North Korean Navy.

Bergdahl’s Article 32 hearing will be held at Joint Base San Antonio-Fort Sam Houston, and will determine if his case should proceed to a court martial.