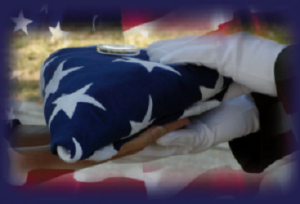 On April 8, 2015, one American soldier was shot and killed, and as many as three others were injured. The fatality and injuries were the result of an incident in the city of Jalalabad, Afghanistan, when an Afghan soldier fired on the troops.

The shooting occurred following a meeting between an official from the U.S. Embassy and Afghan provincial leaders in the compound of the provincial governor in Jalalabad. All U.S. Embassy staff were accounted for and returned safely to their mission, this according to the embassy.

Local police reported that shortly after the U.S. official left the compound, the Afghan soldier, identified as Abdul Azim, began firing on the Americans who were still in the compound. The American soldiers returned fire, killing Azim.

NATO officials confirmed that one of its soldiers died in the attack, without providing the nationality of the slain soldier, as per policy. But unnamed sources are saying that an American soldier, who has yet to be named, was killed. Reports are varied as to whether two or three other Americans were wounded in the attack, and the severity of their wounds has not yet been determined. The wounded are being treated at the U.S. military base in Jalalabad.

This incident marks the second fatality suffered by NATO since the coalition launched Operation Resolute Support, its new mission in Afghanistan, at the beginning of 2015. It is also the second time this year that an Afghan soldier has fired on Americans. On January 29th, an Afghan soldier killed three American contractors. The shooter in that incident was also killed.

The Pentagon or the U.S. government have not yet confirmed, or made an official comment on the shooting.

Our thoughts are with the comrades, families and friends of the fallen and wounded soldiers. It is important to remember that there are still American service members serving in Afghanistan and throughout the world.