Military Blog
You are here: Home1 / A Little About our VA Secretary Shulkin 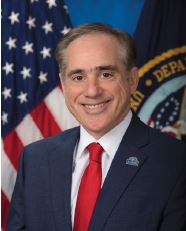 Secretary of Veterans Affairs David Shulkin may be an unlikely choice to overhaul veterans services. Although he is the son of an Army psychiatrist, for the first time, the head of the agency is not a veteran. His family has a history of military service and providing military medical care. Both his grandfathers served in World War I. And maybe most importantly, Dr. Shulkin, has spent a lifetime studying how to make health care organizations deliver better care at lower costs.

The entire U.S. Senate, all 100 Senators, voted to confirm Dr. Shulkin as President Trump’s VA Secretary. Prior to his confirmation as Secretary, Dr. Shulkin served as VA’s Under Secretary for Health for 18 months, leading the Nation’s largest integrated health care system, with over 1,700 sites of care serving nearly nine million Veterans.

While at the Medical College of Pennsylvania, Shulkin studied how to improve efficiency in health care management. Utilizing best practices resulted in saving money and patients.

Dr. Shulkin rose through top jobs there, at Temple University Hospital in Philadelphia, at Beth Israel Medical Center in New York and eventually at Morristown Medical Center, in the affluent suburbs of northern New Jersey.

He is all for increasing reliance on private health care for routine procedures, like hearing aids, so it can focus on its core mission of caring for the wounded.

Shulkin, a board certified internist, has been extremely concerned about veteran suicide after a news report showed high rates among young combat veterans. In a September 2016 op-ed, Shulkin wrote, “Losing even one veteran to suicide is unacceptable, which is why suicide prevention is a top priority at VA.”