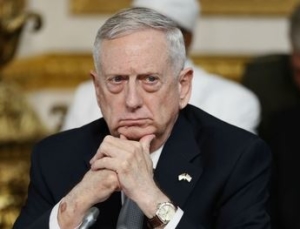 Defense Secretary James Mattis has added three new appointees to his team at the Pentagon.

Oxford, a graduate of the U.S. Military Academy at West Point and the U.S. Air Force Institute of Technology has five years under his belt as a national security executive policy advisor at Pacific Northwest National Laboratory, a Department of Energy-managed research laboratory.

Kitay was a staffer on the House Armed Services Committee. A retired Air Force officer, he served as the national security space expert on policies and programs, and the multibillion dollar space budget Kitay was also responsible for guiding the oversight of Department of Defense intelligence programs.

According to the Pentagon, De la Peña has been the CEO of de la Peña Consulting for five years. The retired Army colonel worked to develop business strategies to strengthen relationships between U.S. businesses and Latin American governments. He previously worked with defense contractor L3.

Colby was a Robert M. Gates Senior Fellow at the Center for a New American Security, a national security think tank.

Goffus, a retired Air Force colonel, most recently served as a staffer on the Senate Armed Services Committee.