Military Blog
You are here: Home1 / Labor Day: More than Just a Day to BBQ 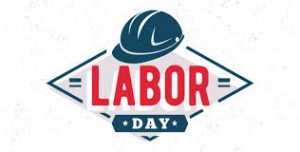