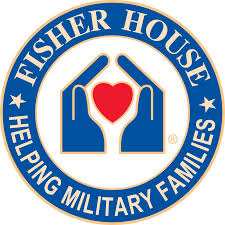 The James J. Peters Medical Center in the Bronx, NY is known for its innovative work. An industry leader in spinal cord work and injuries and kidney transplants, the research and development happening in exoskeletal advancements are second to none and inarguably helping our wounded Veterans in need.

It is that very specialization that bring wounded men and women to the Bronx for treatment as opposed to other VA medical centers. With our wounded soldiers and veterans come their families. While residents of New York City might not have travel complications with the Bronx location, that isn’t the case of many of the men and women who walk through the James J. Peters Medical Center.

The majority of rehabilitation for spinal cord injuries occur in the first six months after the injury. The rehab can be intense and a veteran needs a wide range of emotional, physical and medical support to achieve success. A potential key to that success is ensuring access to family. For veterans who live outside of New York City when they are not deployed, this is often a major hurdle.

It is a hurdle that the Fisher House Foundation is working to overcome. One house at a time.

For nearly thirty years the Fisher House Foundation has been working to provide housing for the families of the wounded warriors who are receiving care in Military or VA hospitals across the country. Since 1990, over 8 million nights of accommodations have been provided for more than 335,000 families. While a night or two doesn’t always seem significant, the actions and results of the Fisher House Foundation have resulted in more than $400 million in savings for the families of the wounded.

In the coming days, The Fisher House Foundation will be opening two new Fisher House Foundation Homes in the Bronx that will service the families of the wounded veterans and soldiers being treated at the James J. Peters Medical Center.  The two houses will feature 16 suites for families, so that as many as 16 different families will be able to support each other. Why the Bronx?

Bottom line: Because the Bronx needs the Fisher House. The Bronx VA is a busy one. The James J. Peters Medical Center is a regional hub and point of referral for veterans and servicemembers in need of treatment. The center itself specializes in spinal cord injury, robotic surgery, amputee services, traumatic brain injury assessment and care, polytrauma, kidney transplant and dialysis. Veterans and soldiers in need of these services come from across the country seeking treatment; family members are required to stay in hotels or support their loved one from afar.

The two new Fisher Houses in the Bronx will not only serve as a safe space for the family members of those veterans and soldiers, but for paraplegic veterans who are enrolled in the exoskeleton program.

Per Ken Fisher – the families that stay in a Fisher House Home have two big things in common: they don’t know much about the area and they have a loved one that is receiving treatment at the nearby VA. Says Fisher, “this is where the families start to heal.”

Fisher estimates that around 1,000 families will come through these houses in the Bronx each year. Both houses are within walking distance to the Bronx VA. As always, there is no cost to stay in a Fisher House Home. Fisher House takes the perceived burden of associated costs away for these families.

Not only did FIsher push for this NY project, he pushed for this project to be NYC made. The plan for the 12,000-14,000 square foot buildings began nearly two years ago. This project, though similar in feel to the other 82 houses in the Fisher House program, has a special NYC feel to it. The architectural elements reflect the local Bronx environment and structures.

Both of these new Fisher House homes were 100% union built – an important detail for local boy Ken Fisher. He was sure to let me know that not only were these houses union projects, but there were many veterans who actually assisted with the construction of the homes. Even more of those union workers were related to a veteran.

Needless to say, The Bronx NY Fisher House Homes are something that not only Ken Fisher and all of the Fisher House Foundation can be proud of, but all of NYC as well. It is the perfect complement to the James J. Peters Medical Center, which is the oldest VA facility in NYC with over 75 years of service to veterans.

6 Veteran Benefits You May Not Have Heard Of