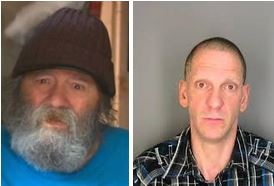 In a story almost too tragic and inhumane to tell, 86 year old U.S. Marine veteran David McClellan was apparently held hostage for four years and abused by his captor.

It is alleged that 35-year-old Perry Coniglio has held McClellan prisoner so that he could cash the senior’s Social Security and pension checks, and collect his food stamps.

McClellan was the perfect prey, as he had a lot of money, no known friends or relatives, and he was in an advanced stage of dementia.

“The guy who was arrested who lived next door, he was giving him just one bowl of cereal a day, he would stick him back in the room with a stick, wasn’t bathing him, the old guy would just be walking around here naked, just terrible,” according to one neighbor.

Medics took McClellan to a local hospital to make sure he is physically OK. Orange County’s Adult Protective Services is working with the local police department and will assist in finding the veteran a new residence

Town of Highlands police arrested Coniglio and charged him with unlawful imprisonment, grand larceny, criminal possession of a weapon, endangering an incompetent person, menacing and unlawful possession of marijuana.

Detective Joseph Cornetta of the Town of Highlands Police Department said Coniglio used “brute force and intimidation” to get the elderly and mentally diminished veteran to cooperate.

As was expected, calls for brute punishment have been flooding the media. So, too have been calls for the investigation of anyone else that may have been complicit in this heinous crime.

In order to prevent this type of elder abuse from happening, we need to be the eyes and ears for those who are most vulnerable.