Military Blog
You are here: Home / Defining “Combat” in Politics 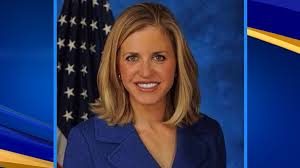 Political races have always been a war of words between opposing candidates. This has never been more evident than it is now for two female congressional candidates who have been criticized for using the word “combat” in their political campaigns.

Prior to the September 11th  New Hampshire primary, 1st District candidate Maura Sullivan was accused by her opponent of lying to inflate her service record.

“It is sad and disgraceful that Ms. Sullivan would tarnish the memory of brave Marines to cover up her exaggerations about her service,” said Rochester City Attorney and 1st District Democratic candidate Terence O’Rourke. “Words have meaning and she was the one who chose to say she fought in Iraq when she did no such thing,” O’Rourke continued. “She is the one who persisted in her lies after being called out. She is the one who chooses to question the integrity of others when she clearly has none herself.”

Sullivan accused O’Rourke of having a “sexist and badly outdated” attitude toward women serving in combat zones.

“This attack comes from someone who clearly doesn’t understand or value the role of women in the military, and it displays an appalling level of ignorance and disrespect toward both the women and the men with whom I served, and the families of many who made the ultimate sacrifice,” Sullivan responded. “I’ve never gone around telling war stories or making myself out to be a hero. In fact, among the veterans community, it’s not respected to boast about your valor, especially to demean the service of others.”

Sullivan is not alone in having to defend her service.  Navy nurse and 2nd District candidate Lynne Blankenbeker has been called out on her campaign signs that read “combat proven.”

What does “combat proven” mean?

According to State Rep. Sean Morrison, it means, “you were in direct combat with the enemy and you acted appropriately.”

Sam Morningstar, author of the Combat Veterans Forum, wrote that the term combat veteran can be complicated.

“A military member or veteran that served in a combat zone might sometimes be called a combat veteran in certain contexts. However, some folks might have the view that an actual combat veteran is one that was directly involved in active combat while others might extend this definition a bit more,” Morningstar wrote.

Dan Helmer, the vice chairman of VoteVets, also weighed in.

“Maura Sullivan served in Fallujah, Iraq, an incredibly dangerous area of operations where numerous Marines died, including female service members,” Helmer said. “Women in combat zones often don’t get the recognition they deserve and we’re shocked that anyone would call into question the sacrifices Maura and other female leaders made for our country.”

Regarding her time in Kandahar province, Blankenbeker said  “I was a combat nurse in a combat hospital in a combat zone caring for combat casualties while the hospital took on an average of 18 mortar attacks in a given day. “I’ll let the readers decide for themselves whether that is combat proven. I am disappointed and disgusted about anybody questioning my service or anyone else’s. They should be ashamed of themselves.”