Military Blog
You are here: Home / Cost of Living Adjustment Boost in 2019 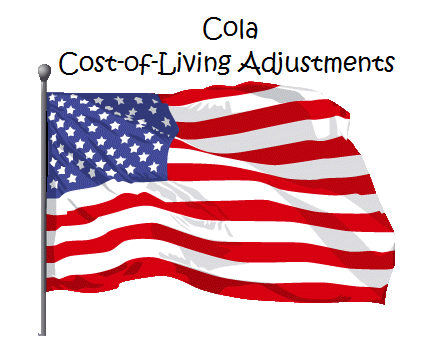 Effective this December, over 67 million Americans will see a 2.8% cost of living adjustment added to their federal benefits. For the first time in six years, military retirees and disabled veterans will receive an increase of over 2%

The increase was announced in October by the Social Security Administration and the news immediately made headlines. The 2018 COLA was 2%, which was a significant increase over the previous 3 years, which showed a total of 2% increase from 2015-2017.

While SSA is able to boost its COLA without an act of Congress, the Department of Veterans Affairs is not. Therefore, this increase only applies to beneficiaries of Social Security payouts. However, Congress recently passed a bill that was signed into law that increased several Veterans benefits, which include clothing allowances, dependants compensation and other cost of living issues.

The Military Order of the Purple Heart: Paying it Forward Scroll to top
Follow a manual added link