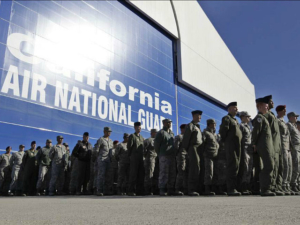 Calling the situation “unacceptable,” Defense Secretary Ash Carter ordered the Pentagon to suspend efforts to recover enlistment bonuses improperly given to thousands of California National Guard members during the height of the Iraq war.

The demand would have affected some 9,700 California Guard members who had received enlistment bonuses, student loans or other payments, mostly between 2006 and 2008.

Carter gave senior officials in his department until the end of 2016 to set up a new and streamlined process that can ensure “the fair and equitable treatment of our service members and the rapid resolution of these cases,” with a deadline of July 1, 2017 for all cases to be decided. He said the suspension would continue until he was “satisfied that our process is working effectively.”

Carter said “hundreds of affected Guard members in California had sought and been granted relief” after filing appeals with the Pentagon.

“But that process has simply moved too slowly and in some cases imposed unreasonable burdens on service members,” he said. “That is unacceptable.”

The Pentagon says thousands of soldiers who received re-enlistment money weren’t eligible for the program — and years after paying out the money, it wants it back.

Some veterans have been sending hundreds of dollars a month to repay their bonuses; others have faced wage garnishment, interest accrual and a long appeals process. Soldiers say the appeals process is slow and nerve-wracking for their families.

“I want to be clear: This process has dragged on too long, for too many service members. Too many cases have languished without action,” Carter said. “That’s unfair to service members and to taxpayers.”

Army Claims the Title of Fattest Branch of the MilitaryMarine Slogan The Few. The Proud. Headed for Retirement? Scroll to top
Follow a manual added link