Military Blog
You are here: Home1 / Can Terrorists Detonate a Dirty Bomb? 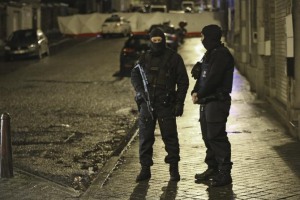