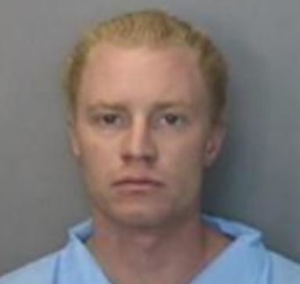 A U.S. Army veteran is standing trial on charges that he shot and killed another man following a confrontation at an Anaheim, California park.

Alexander Raymond McMoore was shot in the chest near the park’s basketball courts. He was taken to UCI Medical Center in Orange, where he later died.

Adam Jay Stone, 28, of Anaheim, and Ransom Lee Cook, 24, of Westminster were both arrested on suspicion of murder.According to Stone’s attorney, Assistant Public Defender Robert Flory, his client suffers from post-traumatic stress disorder as a result of his military service, including his deployment to Iraq.

Due to the number of witnesses, the two men were quickly apprehended.

Prior to the shooting, Stone had been convicted of several local crimes and spent time in jail, according to Orange County court records.

Last October, Stone pleaded guilty to assault with a deadly weapon, which was not a gun, vandalism that caused more than $400 worth of damage and brandishing a weapon, all misdemeanors. Stone was sentenced to 60 days in jail and three years of probation.

Cook does not appear to have a local criminal record.His charge was later reduced to accessory after the fact.

Cook said that Stone claimed McMoore, a transient with a violent temper, had tried to rip him off, forcing Stone to give him marijuana, and on one occasion, at gunpoint.

Flory has not disputed that his client shot and killed McMoore, .

Stone returned to the park with a gun. Stone believed that McMoore was armed and preparing to pull his weapon when Stone shot him.

If convicted, Stone faces up to 26 years to life in state prison.

Army Veteran Arrested with Massive Weapons Cache Claimed it was for a ‘Classified’...Are Burn Pits To Blame for Terminally Ill Iraq Veterans? Scroll to top
Follow a manual added link