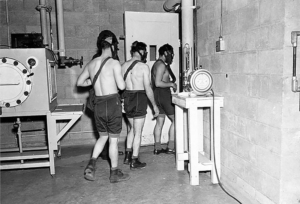 Decades after the U.S. Army used soldiers to test the effects of potent chemical and biological warfare agents – including some prohibited by the Geneva Protocol – it has begun notifying veterans that they may be eligible for government-paid medical care for related injuries and illnesses.

The Army is notifying veterans that they may be eligible to receive medical care if they participated in U.S. Army chemical or biological substance testing from 1942 to 1975 and have an injury or disease that they believe was proximately caused by their participation.

While thousands of U.S. veterans won a 2009 class action suit filed by the Vietnam Veterans of America against The Central Intelligence Agency and the U.S. Army over being used in the testing, the group’s attorneys say the service branch is falling short of meeting its obligations. The Army is also withholding details veterans are seeking about what agents they were exposed to.

Testing programs with names like Project MKULTRA, Project Bluebird and Project Artichoke exposed military personnel to a variety of substances including psychoactive drugs and irritants such as mustard gas.

According to now-declassified records on many of the programs, soldiers who participated were required to sign oaths of secrecy and received no formal documentation that would prove their involvement.

The Army says its Medical Command is conducting “an exhaustive search” for veterans who may have been research subjects “so that no individual who may benefit from medical care is inadvertently omitted.”