Military Blog
You are here: Home / Are We Getting Too Fat to Serve? Military Connection 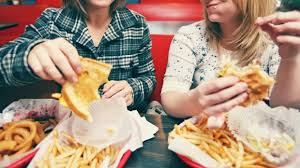 The nation’s obesity epidemic is causing significant recruiting problems for the military, with one in three young adults nationwide too fat to enlist.

It is estimated that over the next five years, based on current trends, so many young Americans will be grossly overweight that the military will be unable to recruit enough qualified soldiers.

Mission: Readiness (Military Leaders for Kids) has published “Too Fat to Fight,” in an attempt to get junk food out of America’s schools. The nonprofit, non-partisan group is promoting healthy school lunches across the nation as a way to combat the problem. According to their report, the group of over 120 retired Generals, Admirals, and other senior leaders of the United States Armed Forces found that otherwise excellent recruit prospects, some of them with generations of sterling military service in their family history, are being turned away because they are just too overweight.

“We think a more healthy lifestyle over the long term will have significant impacts on both the military posture — those available to get into the military — and across our society as a whole from a medical perspective,” said retired Brigadier Gen. John Schmader.

Unfortunately, the impact of weight problems on the military does not stop with those turned away. Since 2002, the military has seen a 61 percent rise in obesity among its active duty forces. Every year, the military discharges over 1,200 first-term enlistees before their contracts are up because of weight problems. This forces the military to recruit and train replacements at a cost of $50,000 for each new recruit, totaling more than $60 million each year. Add to that the cost of treating the obesity-related problems of military personnel and their families under the military’s health care system, TRICARE, or the cost of treating obesity-related problems under the veterans’ health care system, and the total cost is staggering.

Are We Getting Too Fat to Serve? Military Connection: by Debbie Gregory