Military Blog
You are here: Home1 / Another Case of Stolen Valor: Military Connection 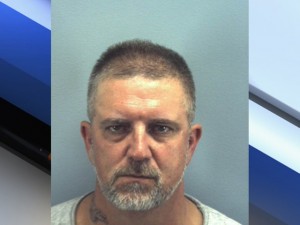 An Arizona con man who, according to federal agents, scammed money by pretending to be a Navy SEAL, was arrested in Virginia Beach not far from a base that trains real Navy SEALs.

Marshals in Arizona called their colleagues in Norfolk with information that Ohman may have been using another name in Virginia Beach.

“He was very overpowering,” said David Yost, a sailor on the aircraft carrier Harry S Truman. Yost is a neighbor in the Lake Placid neighborhood where Phillip Ohman appeared a few weeks prior, when he was going by the alias “Michael Ohman.”

“His personality was unlike any I had ever met as far as SEALs go. I’ve met several SEALs, many live in the area here. Most of them are very subdued and quiet. They don’t like to advertise themselves. This guy was all about advertising himself,” Yost said.

Authorities in Arizona said Ohman identified himself as a Navy SEAL to earn the trust of businesses, and then write bad checks after obtaining property and services.

He wore Navy SEAL hats and had a Navy SEAL bumper sticker on his vehicle. He also said he was going on deployments.

Ohman never served in the military.

His criminal record, according to the marshals, dates back to the 1980’s and includes multiple arrests for writing bad checks , theft, larceny, and fraud. He also used different names, including Phillip D’Marcone. He is being held in jail in Virginia Beach and awaits extradition to Arizona.

Another Case of Stolen Valor: Military Connection: by Debbie Gregory