Military Blog
You are here: Home / App to Aid in “Night Terrors” Relief 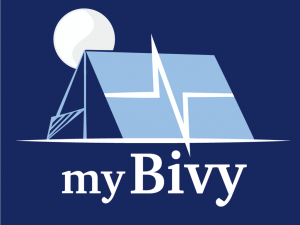 As of 2015, 3.6 million United States military veterans have Post-Traumatic Stress Disorder (PTSD) diagnoses, many due to witnessing traumatic and life-threatening events during deployment.

One major symptom of PTSD is ‘night terrors,’ in which a person gets little or poor sleep due to recurring troublesome thoughts or emotional triggers. Sgt. 1st Class Patrick Skluzacek, who spent a year in Iraq, was one of the people who was experiencing night terrors.

Skluzacek’s son Tyler, a senior at Macalester College, wanted to do something to help his dad.

Inspired by his dad’s struggles, Tyler developed myBivy, (short for bivouac, temporary soldier’s quarters) an application for smartphone and smartwatch that tracks a veteran’s heartbeat and movements in order to track night terrors and actually prevent them over time. Post-sleep, the veteran can see how they slept the previous night, while also having the option to submit a statistical report to their VA doctor or clinician.

Tyler said the app will use sound or vibration to prevent night terrors. He has been working with the Department of Veterans Affairs and sleep experts.

The myBivy app earned Tyler and his team top prize in the Best Mobile Application for Clinicians category. The team was awarded $1,500.

With seven days to go on their KickStarter campaign, myBivy has raised over $23,000, well past the original goal of $1,194.

The app has yet to go through clinical trials, but Tyler hopes that in the near future, there will be one on every veteran’s wrist.