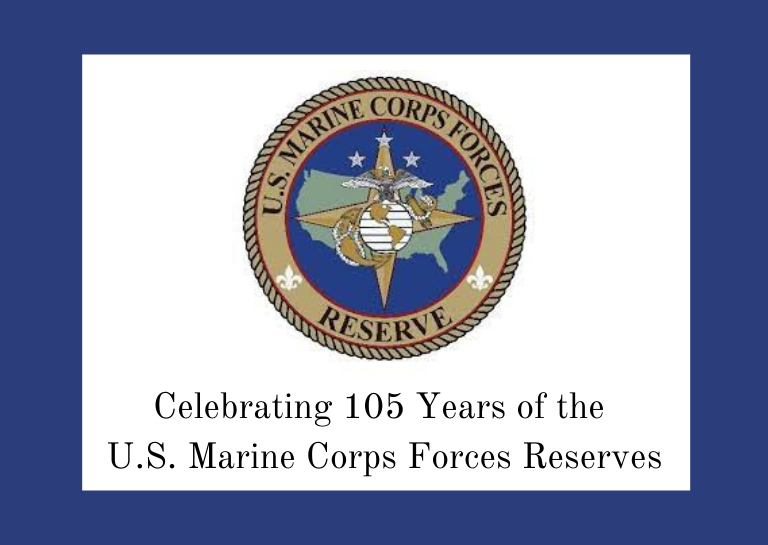 Happy 105th Birthday to the US Marines Force Reserve!

The United States Marine Corps Reserve was established on August 29, 1916 as part of the Naval Appropriations Act, and is responsible for providing trained individuals and units which are easily mobilized for active duty in time of war, national emergency, or other contingency operations. In fact, the U.S. Marine Reserves have acted alongside the active Corps component in every major conflict since WWI.

The U.S. Marine Reserves is comprised of two groups. The Selected Marine Corps Reserve (SMCR) are Marines who typically belong to reserve units and have a minimum obligation similar to the Army Reserve, and other Reserve forces: drill one weekend per month and two weeks every year. The Individual Ready Reserve (IRR) includes Marines who are no longer active duty but remain available to be called up in case of a war or other emergency. These reservists participate in annual exercises only, as a means of keeping in contact with the Corps.

All reservists participate in musters every year to remain ready in the event that duty calls. They train in a variety of locations across the globe including Norway, South Korea, the Balkans, Central America, Thailand and Africa, and are capable of handlining everything from humanitarian assistance and disaster relief to combat support.

Military Connection wishes very Happy birthday to the USMCRF. And a big thank you to all of our Reservists. Oorah!