10 Korean War Facts You May Not Know

You are here: Home1 / Military Blog2 / Military History3 / 10 Korean War Facts You May Not Know

10 Korean War Facts You May Not Know 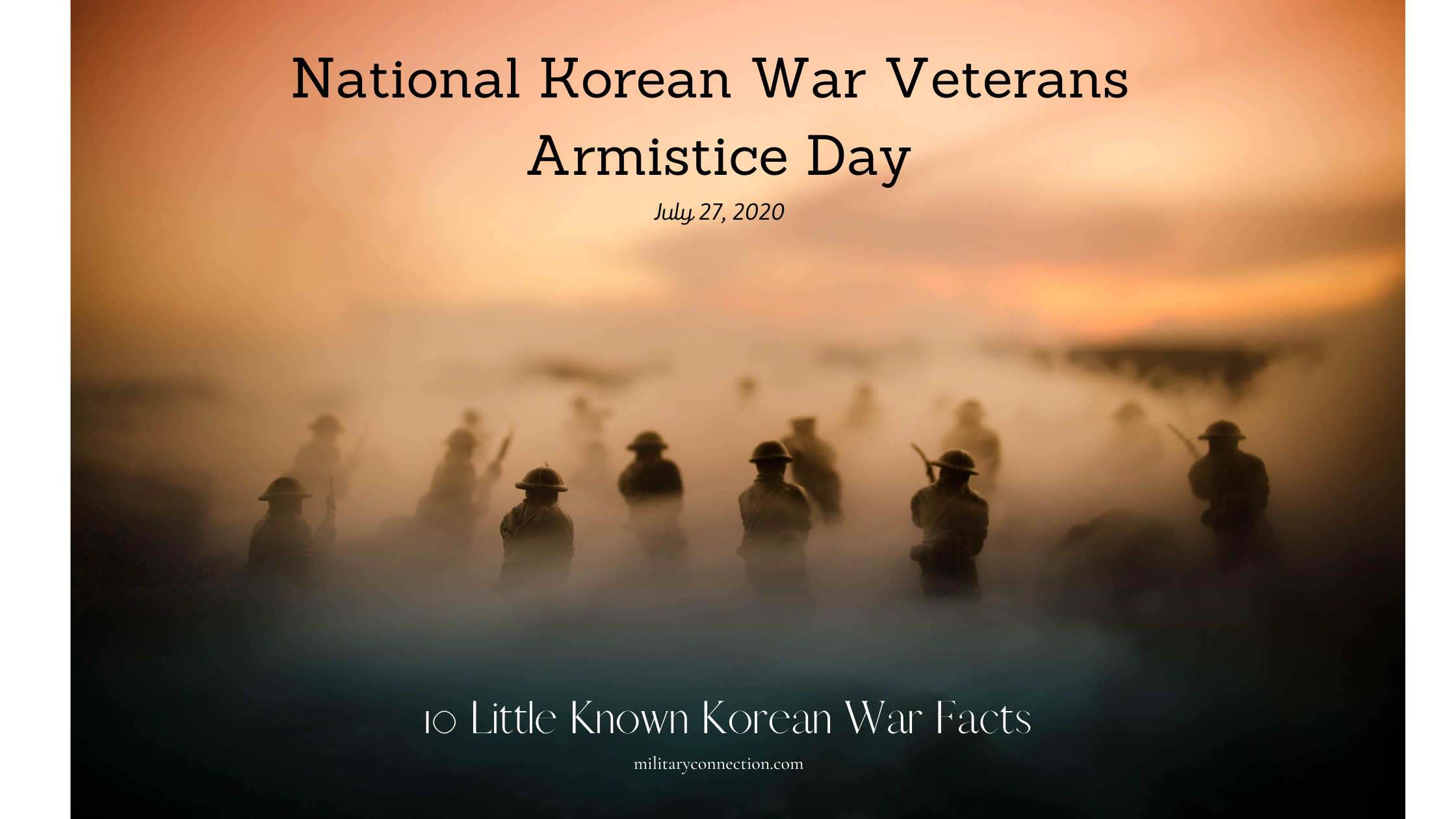 Even if you paid attention in class and studied American History textbooks chances are good that while you learned about the Korean War in school  there are plenty of facts and details you never learned.

Japan ruled over Korea from 1905 until the end of World War II, after which the Soviet Union occupied the northern half of the peninsula and the United States occupied the south. Originally, they intended to keep Korea together as one country. But when the United Nations called for elections in 1947, the Soviet Union refused to comply, instead installing a communist regime led by Kim Il-Sung. In the South, meanwhile, strongman Syngman Rhee became president. Both Kim and Rhee wanted to unify Korea under their rule and initiated border skirmishes that left thousands dead.

Technically the war wasn’t a war…it was technically a “police action”. President Truman did not ask Congress for a declaration of war and Congress didn’t offer one. Truman placed the fighting under the aegis of the United Nations.

The first all jet dogfight.
On November 8, 1950, 1st Lt. Russell Brown engaged a MiG-15 in his F-80 Shooting Star. The MiG was clearly a superior fighter and this discovery led to the development of the F-86 Sabre. It wasn’t superior enough to allow the MiG to win the dogfight, however. Lt. Brown downed the Communist jet.
The skies over Northwest Korea featured many dogfights in the war years and soon became known as “MiG Alley.”

It was more than just Americans and Koreans fighting Communists.
Being a UN police action, other countries joined the coalition of forces fighting. Significant forces came from Great Britain and the Commonwealth countries, especially Australia and Canada. Turkish forces faced their biggest military challenge since World War I at the Battle of Kunu-ri Pass. Other countries who gave significant troops included Ethiopia, Colombia, Thailand and the Philippines.

The Army created an impromptu special ops unit.
The US lacked a Guerilla warfare capability at the start of the war and created one quickly. The result was the 8240th Army unit comprised of Rangers and other soldiers with unconventional warfare experience from WWII.They advised indiginous “partisan forces” on how to fight behind enemy lines and undermine the North Korean army.

Seoul changed hands four times.
The South Korean capital sits just 35 miles from the North-South border. It was first captured by the North Koreans on June 28, 1950, just three days after the North invaded. It was retaken by UN forces that September. The Chinese seized the city in January 1951 but lost it two months after that.

The U.S. military integrated during the war.
In July 1948, President Truman desegregated the military with an executive order that mandated “equality of treatment and opportunity” for all soldiers. Even so, separate black units remained the norm at the start of the Korean War. Piecemeal integration came when, as casualties mounted, field commanders of white units began accepting black replacements. More institutional change then occurred once General Matthew B. Ridgway, who called racial segregation “both un-American and un-Christian,” took over for MacArthur. By May 1952 he had integrated the entire Far East Command, and by September 1954 the rest of the armed forces had followed suit.

After the Korean War, 21 American soldiers chose to stay with their Chinese captors.
Hailed in China as “Peace Fighters,” in America they were denounced as turncoats and traitors. The U.S. media claimed the soldiers were brainwashed by their captors. Most of them later recanted their statements and returned to America.

The active fighting in the Korean War ended on July 27, 1953, with the signing of the Armistice at Panmunjom.
Armistice talks took over two years to complete. The main “stumbling block” was the repatriation of POWs. Eventually the North conceded and the armistice was signed. The signatories didn’t actually end the war however, just the active fighting. Technically the war continues to this day.

Observed on July 27th, the National Korean War Veterans Armistice Day, honors “the patriots who defended the Korean Peninsula against the spread of Communism in what became the first major conflict of the Cold War.”