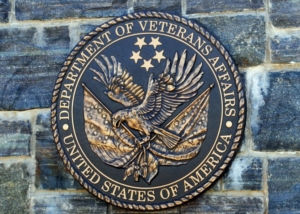 Statute 38 U.S.C. 3683 is an ethics law that prohibits Department of Veterans Affairs employees from receiving money or owning a stake in for-profit colleges.

But the VA is now pushing back, claiming that the 50-year-old statute is redundant due to the other conflict-of-interest laws that apply to all federal employees and provide sufficient safeguards.

You may be wondering why this is important.

Veteran advocacy groups believe that doing away with the law would make it easier for the for-profit education industry to exploit veterans with their rich GI Bill benefits.

There is mounting concern that suspending the statute would make it possible for high-ranking agency officials to enact policies that benefit for-profit schools in which they have a financial interest.

“The statute is one of many important bipartisan reforms Congress implemented to protect G.I. Bill benefits from waste, fraud, and abuse,” said William Hubbard of Student Veterans of America. “A thoughtful and robust public conservation should be had to ensure that the interests of student veterans is the top of the priority list.”

“Student veterans were already facing an aggressive rollback of their protections under the Trump administration’s Education Department,” said Carrie Wofford, president of Veterans Education Success.  The non-profit group works to protect and defend the integrity and promise of the GI Bill and other federal education programs for veterans and servicemembers.

The law already provide measures for any employee that it covers to receive a waiver if they can prove that there is no conflict of interest and that whatever arrangement they have or had will not be a detriment to veterans.

The VA proposal is set to go into effect on October 16 unless the agency “receives a significant adverse comment” by or on that date.

Unfortunately, to date, no such comments have yet been submitted nor have any public hearings been scheduled.