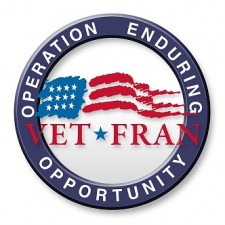 At 6.2 percent, the unemployment rate among veterans reached a four-year low in April– thanks to veterans who stopped standing in line for job interviews and went to work for themselves instead.

Veteran-owned franchising is a growing option that is capturing the attending of thousands of former military members each year. In 2010, the number of veteran-owned franchises reached 6,081. That number jumped to 11,469 in 2011, according to officials at the International Franchise Association (IFA), a Washington-based trade organization.

While Washington has done its share to encourage businesses to hire veterans, including offering tax breaks to companies that do, the IFA has launched its own campaign to increase veteran entrepreneurship. The group joined forces with the White House, Department of Veterans Affairs and the Small Business Administration to create the Operation Enduring Opportunity campaign.  The campaign is working towards employing 80,000 former military members and military spouses in franchising by 2014. A recent survey showed that 64,880 had found such jobs since November, 2011 when the campaign began.

Officials say veterans and military families are a good match for the world of franchising because they have the discipline and dedication.

“Veterans do well in the franchising arena,” said Rhett Jeppson, Associate Administrator of SBA’s office of veterans’ business development, and a lieutenant colonel in the Marine Corps Reserve. “It’s a way to provide opportunities for them, especially if jobs aren’t available.”

Former U.S. Army Ranger Robert Rummells tried jobs such as installing equipment and simulated firearms training, but learned quickly that he was most comfortable working for himself. He opened a Mosquito Joe pest-control franchise in Virginia and is excelling at life in a franchise. “I’m an outdoor type of guy, and I didn’t want to be chained to my computer in an office, talking on the phone,” said Rummells.

The Small Business Administration reports that veterans own about 2.4 million businesses, or 9 percent of all U.S. businesses, employing 5.8 million workers. Still, entering the franchise world can be difficult. Veterans can use programs supported by the SBA, but banks are cautious of small borrowers.

Kevin Safley, who served with the National Guard in Iraq in 2004 and 2005, and again between 2009 and 2010, opened a Cottman Transmission auto care franchise in Washington last year, after obtaining a small business loan as a service-disabled veteran.

“It’s been rough. I’m still learning,” Safley said. “But we’re making money, and there are lots of customers. If I don’t give up, things will work out.”