Military Blog
You are here: Home1 / Veterans Who Became Billionaires 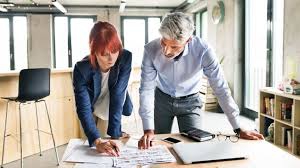 A few of their names may sound familiar, and a few may not. But two things that the following men all have in common are that they are billionaires, and they all served in the U.S. Military.

S. Daniel Abraham, Army- As the founder of the Thompson Medical Company, Abraham made his fortune with the product Slimfast, a line of weight loss shakes, bars, snacks, packaged meals, and other dietary supplement foods. The line was sold to Unilever in 2000.

John Paul DeJoria, Navy- Thirty-eight years ago, John Paul DeJoria partnered with his friend Paul Mitchell, to start a company that would support the success of hairdressers and provide luxury hair care at an affordable price. With $700 of their own money, the two grew the product line from two shampoos and one conditioner to a diverse product line that includes styling tools and the largest global cosmetology and barber school franchises.

Charles Dolan, Air Force- Dolan began his successful career by packaging, marketing and distributing sports and industrial films. He went on to found Home Box Office, or HBO as it is more commonly known. He is also the founder of Cablevision.

John Orin Edson, Army- Edson began selling his own racing boats from a parking lot in Seattle, Washington. He eventually bought the rights to Bayliner Marine and developed the company to where it was valuable enough to Brunswick to purchase it for $425 million. Ever since, it’s been smooth sailing for the Army veteran.

David Murdock, Army- Murdock began a career in real estate, acquiring many businesses, including the pineapple and banana producer Dole Food Company. Following the death of his third wife from cancer, Murdock has been involved to finding a cure, advancing nutrition, and life extension. He established the Dole Nutrition Institute to advocate the benefits of a plant-based diet to promote health and prevent disease.