Military Blog
You are here: Home / Some US Military Options in Syria 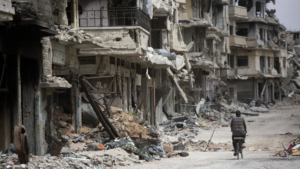