Military Blog
You are here: Home / Unacceptable: The Sexual Assault of Military Children 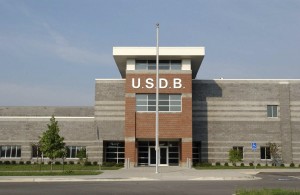 In one of the most alarming and despicable statistics released by the Pentagon, hundreds of military children are being sexually abused each year, with more inmates in military prisons for child sex crimes than for any other offense.

Incidents involving sexual assault in which the children of service members are victims occur hundreds of times each year, according to the Defense Department. The abuse is committed most often by male enlisted troops, between E-4 and E-6 ranks, which contain the largest number of active-duty personnel and the largest number of parents in the military.

Three Democratic Party senators have urged Defense Secretary Ash Carter to end secrecy in the military justice system. They demanded that documents from sex crimes trials be more open and available. In a December 8th letter, the senators — Barbara Boxer of California, Kirsten Gillibrand of New York and Mazie Hirono of Hawaii — told Carter they are concerned the department may be underestimating how many sexual assaults are occurring in the military.

For victims, the effects of child sexual abuse can be devastating. Victims may feel significant distress and display a wide range of psychological symptoms, both short- and long-term.  They may feel powerless, ashamed, and distrustful of others. The abuse may disrupt victims’ development and increase the likelihood that they will experience other sexual assaults in the future.

Between 2010 and 2014, there were at least 1,584 substantiated cases of military dependents being sexually abused. Enlisted service members were the perpetrators in 840 of the cases. In 332 cases, family members of the victims were responsible.

We owe it to these children, who already sacrifice so much, to live and grow up in a safe environment. Parents need to remain ever vigilant, but our leaders also need to take some responsibility for prevention and punishment.