Military Blog
You are here: Home1 / Trump, McCain on What’s Next for Bowe Bergdahl: Military Connection 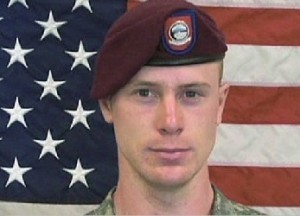 Although Bowe Bergdahl’s fate lies in the hands of Gen. Robert Abrams, Republican presidential candidate Donald Trump said that Bergdahl should have been executed. Having previously called Bergdahl a “dirty, rotten traitor,” Trump has often railed against the prisoner swap that returned Bergdahl to U.S. custody.

In March, Bergdahl was charged with desertion and misbehavior before the enemy. Bergdahl has been accused of leaving his post in southeastern Afghanistan in June 2009. He was held prisoner by the Taliban for five years, then exchanged for five Taliban commanders being held by the U.S.

Meanwhile, Sen. John McCain, a Navy pilot who was tortured and held captive for five years during the Vietnam War, said that Bergdahl is “clearly a deserter,” and threatened to hold a congressional hearing into the case “if it comes out that he has no punishment.” McCain serves as the chairman of the Armed Services Committee.

The preliminary hearing officer on the case, Army Lt. Col. Mark A. Visger, recommended the charges be referred to a special court-martial and that Bergdahl receive no jail time.

Eugene Fidell, Bergdahl’s attorney, said that McCain is wrong for threatening a congressional hearing over his client’s actions.

The preliminary hearing officer on the case, Army Lt. Col. Mark A. Visger, last week recommended the charges be referred to a special court-martial and that Bergdahl receive no jail time.

Fidell said the defense has asked that the charges “be disposed of not by court-martial, but by nonjudicial punishment” — such as loss of rank, a drop in pay, extra work, etc. He has also urged Visger to make his report public

General Abrams is expected to decide soon whether the case should go before a court-martial now that the military equivalent of a grand jury proceeding has concluded.