Military Blog
You are here: Home1 / Tricare Could Costs Thousands for Troops to Keep 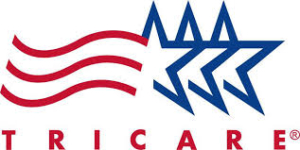 Tricare Could Cost Thousands for Troops to Keep

As of January 1, 2018, Health Net Federal Services took over the TRICARE contract from United Healthcare for beneficiaries in the West region and former North region..

For those who had previously made TRICARE enrollment payments via an automated method of either electronic funds transfers (EFT) or recurring credit card (RCC) with United Healthcare, the arrangement did not transfer over to Health Net, requiring a new registration.

Beneficiaries who missed paying their monthly Tricare premium payments due to the swap must not only make up the months of missed payments, but they also have to pay one or two months in advance to reinstate coverage. Fixing the issue could cost them thousands of dollars out of pocket all at once.

Tricare officials said all beneficiaries using those plans should check to make sure their payment information is up to date, including those who updated it by late December as instructed in the November notices.

That’s because a separate Tricare system freeze over December caused an unknown number of updates made before the due date to be lost, officials said last month.

Officials with military support organizations that represent Tricare beneficiaries said the system needs to work to make sure no one is dropped.

That’s why they are trying to get the word out: if payment is not received before the last paid-through date, which in many cases was January 1st, coverage will be canceled within 150 days. That means thousands of Tricare users will be dropped from the coverage books by the end of May if the information is not updated.