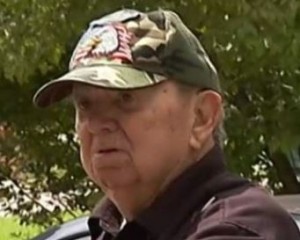 The Fayetteville, Georgia police were called to the home of retired four-star US Army general, William J. Livsey , following a dispute over a delivery from a local restaurant.

The driver from the Royal Chef Restaurant accepted Livsey’s credit card, only to return it to him as declined. When Livsey asked to pay by check, the driver indicated the restaurant did not accept checks, and the driver could not leave the food.

Livsey allegedly became agitated, and was reported to have physically assaulted the driver, pinning him against the refrigerator. Guests of the retired general took the food during the altercation, and began to dine on the unpaid meal.

When the driver was finally able to leave, he filed a report with the police. The officers went to Livsey’s home and attempted to make an arrest. Livsey resisted the arrest, and while trying to handcuff him, his arm was scratched enough to require the local EMT to attend to the wound. Officers commenced with the arrest. The chief was quoted saying Livsey tried “to punch one of the officers and kick another one all while making threatening and disparaging remarks.”

During his career, Livsey was a platoon leader during the Korean War and an infantry battalion commander in Vietnam. He was decorated numerous times, including the Distinguished Service Medal, the Silver Star, the Legion of Merit with three Oak Leaf Clusters, and the Distinguished Flying Cross. He retired in 1987. In 2008, his hometown chose to honor him by renaming part of Highway 314 the “General Bill Livsey Highway.”

Livsey was charged with robbery, misdemeanor obstruction, theft of services, simple assault and terroristic threats. He did send someone to pay the restaurant, including a tip for the driver. Bond was set at $12,000 but Livsey was released on his own recognizance.