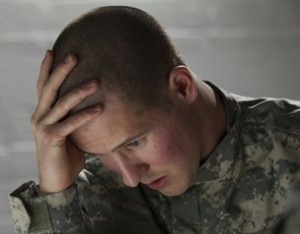 U.S. Sen. Joe Donnelly has introduced three additional bills to up the quality of mental health care given to those who serve, past and present.

A champion of our nation’s service members, Donnelly previously authored the Jacob Sexton Military Suicide Prevention Act. Army Specialist Jacob Sexton, home on leave from his Indiana National Guard unit in Afghanistan, inexplicably shot himself in the head during a movie with his two brothers and a friend at a Muncie movie theater. Sexton was just 21 years old. Passed late last year, the Jacob Sexton Military Suicide Prevention Act of 2014 will help prevent suicide through three key provisions –

The legislation ensures that America protects and treats the mental health needs of those who keep us free. “For our vets, we’ve been losing 22 a day to suicide,” Donnelly said. “They have a place to turn to, they have someone to talk to, and they know they’re cared for and loved.”

Although many people are familiar with the above mentioned statistic, what is not widely known is that in general, for every suicide death, there are at least 4 suicide attempts. This problem is affecting a significant number of individuals who serve. Several surveys indicate that almost everyone in the military knows someone who has attempted or died by suicide.