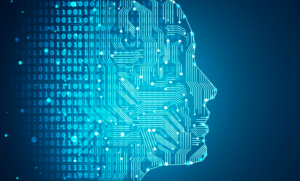 For the first time ever, the U.S. military’s Defense Advanced Research Projects Agency (DARPA) has announced that it has demonstrated the use of telepathic thought from a human brain embedded with a specific kind of computer chip that allows a person to command and control simultaneously three types of drone aircraft by mental thoughts while watching the drones on a screen, as demonstrated in a DARPA simulator.

DARPA’s  interface enables a person to control everything from a swarm of drones to an advanced fighter jet using nothing but their thoughts and the special brain chip.

“As of today, signals from the brain can be used to command and control … not just one aircraft but three simultaneous types of aircraft,” said Justin Sanchez, who directs DARPA’s biological technology office, at the Agency’s 60th-anniversary event in Maryland.

The military has been leading interesting research in the field since at least 2007. A 2012 grant provided DARPA with $4 million to build a non-invasive “synthetic telepathy” interface that uses a skin-tight cap loaded with electroencephalogram (EEG) sensors to pick up electrical signals in the user’s brain’s motor centers.

In 2015, the technology enabled a paralyzed woman to steer a virtual F-35 Joint Strike Fighter with only a small, surgically-implantable microchip. In the last three years, the technology has further advanced.

“We’ve scaled it to three [aircraft], and have full sensory [signals] coming back. So you can have those other planes out in the environment and then be detecting something and send that signal back into the brain,” said Sanchez.

This is another step forward in the rapidly advancing field of brain-computer interfaces (BCIs) for a variety of purposes, including brain-based communication, control of prosthetic limbs, and even memory repair.

The technology has led to the development of the Luke arm, a prosthetic arm that connects to the motor cortex and functions like an actual biological arm. It has received FDA approval, and is going to be available for anyone who has suffered an amputation.