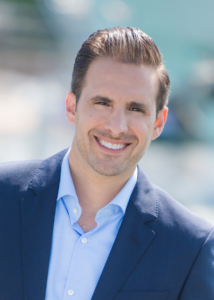 We are in the longest standing war in our nation’s history where post-9/11 service members engage in multiple deployments in short succession, making the modern tour of duty as unique as the attention these individuals need upon their return civilian life. For many, this is the toughest fight.

Orange County has the fourth largest veteran population in California, and our state leads the nation in job initiatives for returning soldiers. A daunting 75% of our own Orange County veterans have said that they are having trouble adjusting to civilian life. One in four of our veterans lives below the poverty line, making up 20-percent of Orange County’s homeless population. The findings are highlighted in the first, in-depth assessment on the state of Orange County veterans. Released in 2015 by the University of Southern California’s School of Social Work, most of the 1,200 veterans interviewed expressed genuine surprise at how hard it was to find meaningful work, despite being told they would be highly sought by civilian employers.

On the flip side of this equation, I gained extraordinary insight from an employer’s perspective when I facilitated an innovative agreement between the US Army PaYS Program and Hyundai Motor America. We matched qualified military technicians to auto-technician jobs after honorable discharge “[becoming] the key player between the Corporate Automotive culture [at Hyundai] and the Army’s regulations,” wrote Cherrie Warzocha, Sergeant First Class, US Army Recruiting Command – Ret. The program has now celebrated over a decade of success.

Unfortunately, opportunities such Hyundai’s are frequently overlooked. Colonel Arnold V. Strong (U.S. Army – Ret), an endorser of my campaign has given me further insight to the challenge. Strong served in the US Army for over thirty years and retired this June at the Joint Forces Training Base in Los Alamitos, CA, as a decorated veteran of Iraq and Afghanistan. Referring to himself as one of the ‘fortunate ones’ he successfully transitioned to a high profile job as the Director of Communications for one of Southern California’s fastest growing Artificial Intelligence (AI) companies. What is missing, said Strong, is not only the guidance and support in finding employment but also ‘transition’ in its own right.
Keeping in mind that 70 percent of returning soldiers arrive in Orange County without a job, it can tend to be the only point of focus by those who see veteran support as a critical national issue. However, in-line with USC’s Orange County Veterans Study, we know that proposed solutions need to be more comprehensive and cover the entire transition back to civilian life. My veteran action plan is comprised of two main areas of support and development:
(1) a Pre-Retirement Transition Program with an actionable employment plan and;
(2) the creation of a structured network for support services.

The move from a structured military way of life to a relatively unstructured civilian lifestyle can be overwhelming, confusing and require a significant adjustment for veterans who have spent years serving our country in a very different way than many of us live our day-to-day lives.

A six-month Pre-Retirement Transition Program would dedicate time to engage in active planning around housing, budgeting, location of key services, and job preparedness in anticipation of future discharge. This structured roadmap will help the servicemember prepare for a new civilian way of life, and identify a clear path to a job or career.
Dedicated focus on the jobs component of the pre-retirement transition program would ensure veterans are supported when sourcing and securing their new civilian careers. Veterans describe the current employment system as overwhelming. Despite the best of intentions by countless initiatives, “they [still] don’t know where to turn” and feel frustrated as they are referred from one employment website to another, with hours spent filling out application forms to little result. Some feel betrayed. Others — directionless, completely give up.
The jobs component of the pre-retirement program needs to include:
(a) identifying the desired field and its necessary qualifications;
(b) enrolling in education and/or retraining prior discharge;
(c) actively cultivating prospective employers, including those who are “friends of veterans”;
(d) granting leave time so job interviews can be done face-to-face (video or in-person);
(e) coaching veterans on how to articulate their military experiences to employers. Veterans need
to be able to advocate for themselves in thoughtful and persuasive ways; and,
(e) identifying “transition mentors” for transitioning service members to have a structure of
accountability, feedback, and a rewarding emotional connection as they were accustomed to
while in active service; Leadership, technical skills, discipline, a strong work ethic and teamwork crafted by the finest fighting force in the world, are exceptional attributes and are of extraordinary value to civilian employers.

John Newman, founder and executive director of the nonprofit ArmedForce2Workforce wrote, “When you consider the combination of value that vets bring, recent positive trends in the economy overall and the current level of goodwill toward those who served, the rates of veteran unemployment should be close to zero.” But they are not.

While there are numerous services available to veterans, there is glaring lack of coordination and communication. I faced this same challenge in a Fortune 500, where the mass introduction and investment in programs tied to strategic priorities create fragmentation and sometimes confusion. By creating a unified, structured information network, veterans, agencies, and employers will be able to:
(a) collaborate efforts across the community in the areas of jobs and health services;
(b) create and initiate best practices for housing, budgeting, and general transition information;
and,
(c) share measurement and accountability, as more is learned from veterans studies across the country.

133,000 veterans now call Orange County home. If community organizations and leaders, service providers, nonprofits and policy makers create a comprehensive model — or as the USC study says, “a targeted intervention leading to collective impact” — then the 6-thousand veterans who relocate here by next year, and the thousands who will arrive in the years after that, will have more than a fighting chance — and the hero’s welcome they and their families deserve.

We need to thank our Veterans for the risks that they have taken for our country in defending our freedom by showing gratitude through actions – not just words. #StandUnited

Michael Kotick developed his relationship with the veteran community well over a decade ago, pioneering an innovative collaboration between the automotive community and veteran mechanics, a program that is still in operation today. Now, a Democratic Congressional Candidate in Orange County (CA-48), home to the 4th largest veteran population in California, Michael is committed to making a positive impact. For more visit: https://www.KotickForCongress.com