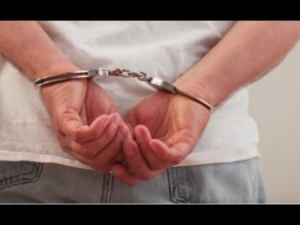 We consider Navy SEALs to be honorable and to be among our heroes. They perform super missions for American putting themselves at extreme risk.  However, we live in a less than perfect world, and there are some very disturbed people in it.  It is with a heavy heart that Military Connection reports this story.  We must all remember that by and large, the members of the Navy SEALs go to extraordinary lengths to protect our nation, and not allow one sick person to harm the high regard Americans hold for them.

SEAL Team One Petty Officer 1st Class Gregory Kyle Seerden, 31, was arrested in San Diego by federal marshals. Seerden is accused of filming himself molesting a sleeping girl and raping a woman in Virginia.

The alleged crimes “involved a prepubescent minor who had not attained the age of 12” when the acts purportedly took place about three months ago, according to an indictment filed in U.S. District Court, Eastern District of Virginia.

Agents investigating the reported rape of an unconscious Virginia woman, identified only as Jane Doe, uncovered the child sex crimes after a three-month investigation.

Doe accused Seerden of raping her January 27 after she blacked out after drinking with Seerden in his hotel room aboard Joint Expeditionary Base Little Creek- Fort Story, where he was on a temporary assignment.