Military Blog
You are here: Home / Navy Chaplain Fired After Video Reveals he had Sex in Public 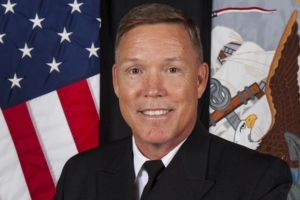 Navy Chaplain Fired After Video Reveals he had Sex in Public

In yet another case of behavior unbecoming an officer and a gentleman, a Navy chaplain has been fired after he was seen on video having sex with a woman he met at a pub in New Orleans.

Citing a ‘loss of trust and confidence’, Marine Lt Col Ted Wong fired Navy Captain Loften Thornton for his behavior outside the Crown & Anchor English Pub in the French Quarter last March. Thornton had been a chaplain since 1992.

Because each and every Marine is a Rifleman, the Marine Corps receives medical personnel and chaplains from the Navy.

Clergy members are embedded within commands operating at sea and ashore to ensure 24/7 availability. They provide a source of comfort and refuge that enables service members and their families to practice and grow in their faith and to face personal and professional challenges.

Sexual misconduct scandals have plagued the Marines in the last year. One case involved a private Facebook group of current and former Marines, called Marines United, who shared explicit photos of women without their consent. Several Marines have been court-martialed while others have received lesser punishment, and it prompted a new policy on social media use.

“We understand that this is not a social media issue alone, but a matter of culture and attitude,” said Marine Corps spokesman, Maj. Brian Block. “We are committed not only to addressing the behaviors, but also to eliminating these attitudes from our Corps.”

“The Marine Corps takes all allegations against any of our Marines or sailors seriously, and they are thoroughly investigated,” Wong said.

According to Nate Galbreath, deputy director of the sexual assault prevention and response office, the Pentagon will need additional data to determine whether the rising number of reported assaults reflects an increase in actual sexual assaults occurring, or rather an increase in victims’ willingness to come forward and report the assaults.