Military Blog
You are here: Home1 / Military Connection:Proud to Help “Change the Direction” 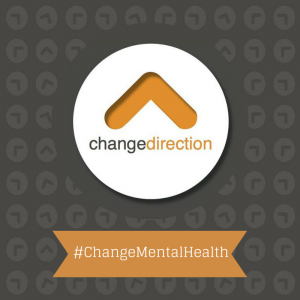 The Campaign to Change Direction a national initiative to create a new story in America about mental health, mental illness and wellness. As part of the collective effort led by Give an Hour, MilitaryConnection.com is proud to join 50 other partners in this effort.

Change Direction is a campaign in response to the way society addresses mental health. With one in five Americans living with a diagnosable mental health condition, it is expected that more Americans will die this year due to suicide than in car accidents.

The campaign launched at a mental health summit at the Newseum on March 4th. One of the highlights was the keynote address from First Lady Michelle Obama. Other high points included an appearance by Academy Award-winning producer of “Silver Linings Playbook,” Brue Cohen, and a performance by G.R.L., a musical girl group that was personally touched by the issue when their lead singer, Simone Battle, committed suicide in September 2014.

“I invite individuals, organizations and good corporate citizens to join us and help change the direction of mental health in our country,” said MilitaryConnection.com’s CEO Debbie Gregory.  She continued, “I hope everyone will learn the five signs of emotional suffering so they are better prepared to recognize them in themselves or in a loved one who may be in emotional pain. ”

Dr. Barbara Van Dahlen, founder and president of Give an Hour said “Give an Hour is proud to lead this collective impact effort of partners from every sector of society as we change the direction of mental health in our nation. By creating a shared mission, by educating Americans about the five signs of emotional suffering, by encouraging compassion and action, we can change our culture to reflect what we know to be true—that mental health is not something to be afraid of or embarrassed about.”

To learn more or to make a pledge to Change Direction, visit www.changedirection.org.