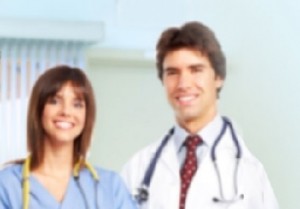 The Senate Committee on Finance currently controls the fate of an important bill affecting military spouses. The bill will extend tax credits to military spouses who must renew or transfer a professional license after their spouse’s   permanent change of station (PCS) order.

Concern regarding military spouse employment has been the springboard for many government and private-sector initiatives over the last few years. The introduction of “The Military Spouse Job Continuity Act of 2015,” Senate Bill: S.210, is legislation that falls in that category.

If approved, S.210 would provide military spouses with a tax credit of up to $500 to cover the cost of renewing or transferring a state-issued professional license.  The text of the bill, at this time, does not specify which licenses are covered. But it can be assumed that  licenses for the following would be covered: teachers, lawyers, physicians, nurses, realtors, realtors, therapists, general contractors and commercial drivers would be included, among others.

Several states already offer independent provisions for out of state professional licenses and certificates held by military spouses. But, at this time, no states are offering a tax credit or fee discount.

The Military Spouse Job Continuity Act of 2015 is not the first attempt to provide this type of credit for military spouses. Every year since 2009, bills that read very similar to S.210 have been introduced on Capitol Hill, only to fail. But this year’s S.210 looks promising, as it is already gaining traction in the Senate.

This year’s attempt at the legislation was introduced on January 21, and then referred to the Senate Committee on Finance. Be sure to keep an eye on S.210 and all other pieces of legislation that interest or pertain to you, and make sure to contact your elected leaders to make sure that they are made aware of how to cast their vote on your behalf. It is not just your right to do so, but many would contend that it is your duty as a citizen.