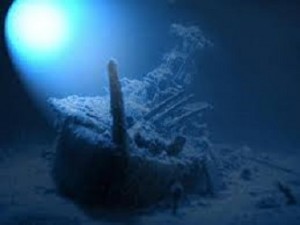 A piece of World War II and naval warfare history has been located off the coast of the Philippines.

In late October, 1944, the largest naval battle of WWII (possibly the largest naval battle of all time) broke out near the Philippine islands of Leyte, Luzon, and Salamis. The fight pitted the Allied nations of the United States and Australia against the Empire of Japan, for superiority of the Philippine Islands, and ultimately, naval control of the Pacific. For many years the engagement was called “The Second Battle of the Philippine Sea,” as it followed the first skirmish in June. But history will forever remember this naval clash as “The Battle of Leyte Gulf.”

The Imperial Japanese Navy (IJN) was divided into three fleets, the Northern Fleet, the Central Fleet and the Southern Fleet. The total force of all three fleets combined consisted of one fleet carrier, three light carriers, nine battleships, 20 cruisers, and more than 35 destroyers, in addition to some 300+ aircraft.

The forces came together in a cataclysmic encounter, from October 23rd through the 26th, leaving more than 20,000 sailors dead and dozens of ships destroyed. The IJN casualty list included 12,500 sailors, one fleet carrier, three light carriers, three battleships, 10 Cruisers, 11 Destroyers and all 300 planes.

Almost 70 years on, most of the lost souls, vessels and aircraft from the Battle of Leyte Gulf have never been located.

Fast-forward to March, 2015: a research team, funded by Microsoft co-founder Paul Allen, has claimed to have found the remnants of the sunken IJN Battleship Musashi.

Named for a Japanese province, the Musashi, and her sister ship the Yamamoto, were reputed to be the most powerfully armed battleships ever constructed. The Musashi sunk on October 24, 1944, during The Battle of Leyte Gulf. She was estimated to have been hit by 19 torpedoes and 17 bombs from Allied aircraft. The Musashi went down with 1,023 of her 2,399 crew, including Captain Toshihira Inoguchi.

Allen is the son of a U.S. Army Veteran, and he is fascinated with WWII history. A statement from Allen says that he views the Musashi as a war grave, and intends to work with the Japanese government to ensure that the site is treated with respect, according to Japanese customs.