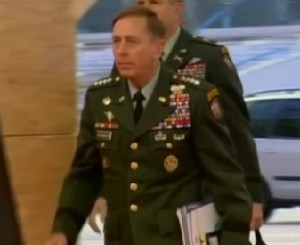 On March 3, 2015, at a federal court in Charlotte, NC, retired Four-Star Army General David Petraeus pleaded guilty to one misdemeanor count of mishandling classified information. In exchange for his plea, the 62 year-old will receive two years probation and a $40,000 fine. There is talk across the U.S., especially in the military and Veteran communities, about the righteousness of the charges and the leniency/strictness of the sentence.

Gen. Petraeus served as director of the Central Intelligence Agency (CIA) for just fourteen months. This followed a celebrated military career that included serving as commander of the Multinational-Force in Iraq, commander of U.S. Central Command (US CENTCOM), and commander of U.S. and International Security Assistance Force (ISAF) in Afghanistan.

In November, 2012, Petraeus was forced to resign his position at the CIA when his affair with  biographer Paula Broadwell, a major in the Army Reserve, became public. The affair was exposed following an FBI investigation into anonymous threats made against Dr. Scott Kelley and his wife, Jill. The investigation revealed that Broadwell had made the threats. The Kelleys were friends of Petraeus, along with many high-ranking military personnel. The FBI was able to link Broadwell’s access to the Kelleys through Petraeus.

More than two years after Petraeus’ resignation, and two and a half years after he ended his affair with Broadwell, the FBI and the Justice department were considering felony charges against Petraeus for his actions during the affair.

An April, 2013 search of Petraeus’ home yielded eight 5 x 8 inch black notebooks that Petraeus used for keeping personal notes. However, these  notebooks  contained war strategies, security codes, and the identities of covert operatives from his time in the military and as CIA director.

Petraeus signed a statement when he resigned from the CIA stating that he didn’t have any classified materials in his possession. But the main controversy comes from allegations that Petraeus gave Broadwell access to the notebooks during their relationship to aid in the writing of his biography.

Many claim that this is a smear campaign against Petraeus, while others wonder why felony charges weren’t brought against him. Some are wondering what the big deal is, since Broadwell, a military officer, had top secret clearance. Others still are of the belief that Petraeus is avoiding jail time due to a double standard in Washington.

We all have our own opinions, and we’re curious as to what you think. We hope you will comment on this story on our Facebook page at  https://www.facebook.com/militaryconnection?ref=hl