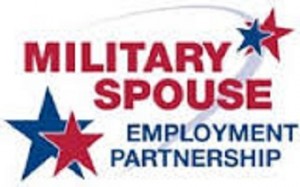 If you’re a military spouse, most people would agree that you have “the toughest job in the military.” Since September 11, 2001, chances are that your spouse has deployed pretty regularly, leaving you to hold down the homefront. For most military spouses, this can mean raising children alone, keeping the house in order, paying the bills, all the while keeping your spirits up so as not to worry your service member. And with the current economy, it usually entails holding down a career.

Maintaining a professional career has been a difficult challenge for hundreds of thousands of military spouses. One of the most difficult obstacles to overcome is the fact that the majority of military families are given permanent change of station orders every few years. This often means moving out of the region or across the country, and sometimes even moving completely outside of the U.S.

Frequent moving can damage a military spouse’s career in many ways. First, new regions mean new job markets, and some are much better than others. In many cases, the pickings within a reasonable commute of military installations are pretty slim. Frequent moves also mean frequent job changes, which does not look very enticing to employers, who usually want employees who are in it for the long haul. This all leads to the reality that most military spouses don’t reach a status in their careers much higher than entry-level positions when they do find jobs.

Without raising their right hand, like their service member, Military spouses voluntarily sacrifice for the betterment of our nation. Their sacrifices should be honored and remembered, especially when it comes to hiring them. Military spouses deserve the ability to maintain their careers, and not be forced to give them up, especially as a result of their spouse’s service to their country.