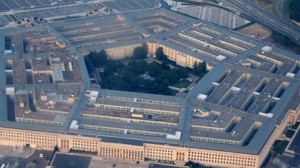 The Pentagon is currently strategizing for it’s next imminent conflict. But this will not be a war fought in a foreign land; it will be a political skirmish on Capitol Hill, as a congressionally appointed commission is poised to deliver the results of its two-year study on military compensation and retirement.

The 2013 National Defense Act mandated the formation of the Military Compensation and Retirement Modernization Commission in an attempt to reign-in the steadily rising costs of military pay and benefits, which make up approximately 30% of the DOD budget.

In this new era of reduced defense spending, Washington is looking to cut expenses in the defense budget wherever it can. Information provided by the commission’s report will likely be used by Congress and the White House to generate proposals for changes to military pay and benefits.

The findings of the commission’s report are likely to set off an intense debate about the future of the military compensation system. The commission’s recommendations are expected to include controversial proposals which could include changing or eliminating incentive pays, trimming on-base benefits, and even altering the military’s retirement model.

Some officials at the Pentagon are trying to keep an open mind. Some support cutting personnel costs in favor of investing in research and new weapons. But there are many military leaders who fear that reductions to military compensation could seriously harm the DOD’s ability to recruit and retain service members.

As the Pentagon and the White House begin facing pointed questions about how the proposals might impact readiness, defense officials will launch an intensive internal review that ultimately will inform President Obama’s official position.

Leaders at the Pentagon aren’t sure what the commission will recommend to Congress. The DOD has selected a team of officials who will review, analyze and prepare a formal response to influence this spring’s  historic vote.

After the report is delivered on February 1st , the Pentagon is expected to have personnel ready to study the proposals. By February 26th, senior Pentagon leaders are expected to receive a draft of the formal response. By March 6th, the Joint Chiefs will examine the DOD’s official position on the commission’s recommendations. The defense secretary is expected to approve or reject a final version of the Pentagon’s response by March 13th.  At that time, outgoing Defense Secretary Chuck Hagel may have already been replaced by his successor,  Ash Carter, who is likely to be confirmed by the Senate by then.

From the defense secretary, the official response will then go to the White House, where it will undergo further review. It is likely that President Obama will provide formal recommendations to Congress by April 1st .

For the time being, many Americans, especially those in uniform, will be watching the results of this conflict unfold, hopeful about the outcome.