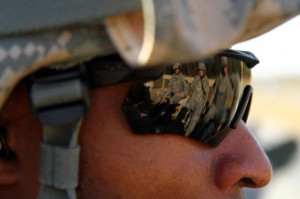 Small businesses would get a tax credit for making up the difference in how much they pay compared to the military for their employees called to active duty as military reservists.This new legislation will help some 824,000 reservists and National Guard members in the U.S.

Here is an example: an employee making $3,000 a month who gets called to active duty with military pay of $2,000 a month. Under this scenario, an employer who makes up the $1,000 difference in pay would qualify for a 20 percent, or $200 a month, tax credit.

The legislation applies to businesses with 50 or fewer employees. Peters said it’s often difficult for small businesses to make up the difference between civilian and military pay for their reservist employees.

While the legislation was originally enacted in 2008, it expired at the end of 2014. The tax credit of 20% of a small businesses’ cost to make up the balance of an employee’s wage, when he or she is called to active duty, can be pivotal to a small business. The aim of this updated legislation would be to extend this credit for an additional five years.

“Reservists in Michigan and across the country put their lives on the line and stand ready to protect our country,” Peters says. “Our reservists should not have to worry about whether they will be able to provide for their families when called to serve our nation on active duty.”