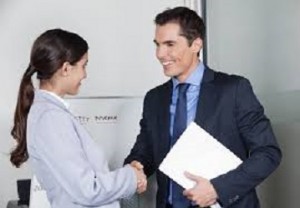 Veterans from the wars in Iraq and Afghanistan have a higher unemployment rate than the civilian population. You would think that the extensive military training and combat experience would help Veterans land jobs after they transition out of the military, but that just hasn’t been the case. Why is that?

Data from the 2012 American Community Survey points out one glaring statistic: Veterans are less educated than their peers. According to the survey, only 30% of Veterans aged 25-30 had completed an Associate’s Degree or higher, compared to 44% of non-Veterans of the same age group. The same survey found that a mere 5.7% of Veterans aged 25-30 had earned a bachelor’s degree in the higher paying fields such as science, technology, engineering or mathematics, compared to 10.4% of their non-Veteran peers.

The Post-9/11 GI Bill was designed to reverse this trend and fill the gap in education for Veterans, in order to help them compete for jobs. The 2012 survey might not yet reflect the impact of the new GI Bill that started began in 2009, as the initial Post-9/11 GI Bill students hadn’t yet graduated.

But the study found other data that is troubling and may not have been remedied by the upgraded education benefits. The problem is not that Veterans have not enrolled in college after the military; the problem could be that they aren’t graduating. According to the survey, 74% of Veterans had attended at least some college, compared to 68% of their non-veteran peers aged 25 to 30.

Veterans that want to see the unemployment rate diminish and find high-paying, meaningful employment need to stay in school and see their programs through to completion. The difference between having some college credits and having a degree will often times be the deciding factor in getting an interview and getting hired.

It is for these reasons that Veterans need to take their education seriously. Make a plan for your Post-9/11 GI Bill, and see it through to completion. It doesn’t matter if it’s an associate’s degree, a bachelor’s degree, or a vocational certificate program; completing a course of study that prepares you for your next career is vital to your future employment.