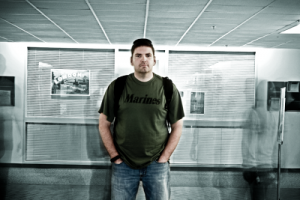 The recent passing of the VA reform bill is great news for Veteran students and military dependents who receive benefits! Along with improving VA healthcare and articulating measures to create more transparency and greater accountability within the VA, the $17 billion measure includes a provision that will have a huge impact for Veterans using their education benefits.

Currently, private and public schools are allowed to charge two separate tuition prices to their students. Most colleges and universities charge one price for students who are residents of the state where the school’s campus is located, and a higher rate for students who are residents from another state. Residency requirements are governed by state law, and differ around the country. But typically, anyone who can show proof (lease agreement, energy/water bill etc.) of living in a state for a minimum of one year can qualify for the in-state tuition rate.

Veterans who attempt to use their Post-9/11 GI Bill, or other Veteran education benefits, have faced challenges due to out-of-state tuition rates. Service members are stationed all over the world, and often move every few years. It is not uncommon for service members to move to entirely new locations when they separate, especially if their last duty station was outside of the 48 contiguous states. These Veterans, and those who want to attend a specific school due to their academic programs, are subjected to out-of-state tuition rates. Many Veterans and Veteran advocates argue, and rightfully so, that members of the military serve every state in the union.

Apparently, Congress agreed with the case made by the Veteran advocates, and have included provisions in the bill, on its way to the president, to make it easier for Veterans to receive in-state tuition rates.

While the legislation doesn’t mandate that all schools must grant Veterans the reduced rate, it does force their hands. The bill proposes to disapprove future benefits for all Veterans and their dependents at any public school that charges higher than in-state tuition rates to any Veteran who served more than 90 days active service, and separated less than three years before enrollment. Losing the Veteran tuition money from this benefit would cost schools an enormous amount of money.

There are already dozens of states and hundreds of individual institutions that have a history of only charging Veterans the in-state rate. Other schools and states claim that Congress is forcing them to take on extra expenses.

With the passing of the bill by Congress and with President Obama signing it into law on August 7, 2014, every public school will be subject to the federal legislation that will go into effect for school terms starting on or after July 1, 2015.