Military Blog
You are here: Home / Military Connection: GI Bill is NOT for Schools: By Debbie Gregory 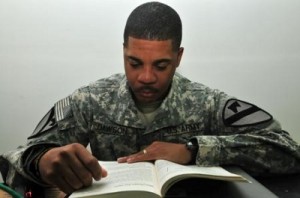 The Post-9/11 GI Bill is the most current and most generous continuation of the Servicemen’s Readjustment Act, originally enacted by the government in 1944. Since its 2009 inception, more than 1 million Veterans have used the Post-9/11 GI Bill to attend colleges, universities and trade schools. However, there has been growing concern that Veterans are not getting the education they deserve from the benefit they have earned.

A July 30, 2014 report from the Senate’s Health, Education, Labor, and Pensions Committee on the GI Bill and for-profit schools shows just how seriously Washington is looking at Veteran education benefits. The main area of concern is the predatory behavior of some for-profit institutions, the lack of worth of some schools’ degree programs, and the increasing enrollment rates of GI Bill students that some of these schools are still managing to receive.

The study found that in the 2012-2013 academic year, eight of the top ten recipient schools were large, publicly traded companies that operate for-profit schools. These eight companies received a total of $2.9 billion in Post-9/11 GI Bill tuition money since the program began, including $975 million in 2012-2013, which accounted for 23% of the total GI Bill tuition money spent that year. Since 2009, the Veteran enrollment rate at private for-profit institutions has jumped from 23% to 31%, while Veteran enrollment at public and other not-for-profit schools has dropped from 62% to 50% over the same period.

There are many for-profit schools that go to great lengths to provide Veterans with a quality education. But there are plenty of GI Bill students who can’t finish their degree program within the time allotted by the GI Bill, despite being told by their admissions officer that their military experience would count as credit, allowing them to finish in time. There are also horror stories about the Veterans who have used their GI Bill to complete degree programs, only to find that employers and graduate schools won’t recognize a degree from that school, resulting in a worthless degree that was a waste of time, energy and GI Bill benefits.

Congressional legislators are hoping to eliminate situations like these. Again, not all for-profit schools are bad. But proactive measures are being put into place to ensure that the GI Bill benefits earned through military service are being put to use to benefit the Veteran, not the school.

Military Connection: GI Bill is NOT for Schools: By Debbie Gregory