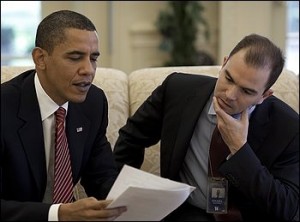 The White House is contemplating pursuing authorization from Congress to carry out military action against the Islamic State under a variation of a counter­terrorism strategy announced last year.

Permission from Congress could provide domestic legal justification for the unlimited use of force against Islamic State insurgents across Iraq and Syria. The last time that Congress formally mandated such action was against Saddam Hussein and Iraq in 2002.

This would be one of several options currently being discussed as the Obama administration decides how to defeat the Islamic State, which controls a wide swath of territory in both Iraq and Syria.

U.S. military alternatives include temporary authority under the War Powers Resolution, which grants the president constitutional authority for emergency action to protect U.S. citizens. The administration is also in discussion with Congress concerning a more unrestricted authorization to openly combat the Islamic State.

The airstrikes in Iraq ordered by President Obama under the War Powers Resolution are only good for 60 days, and will expire in early October, unless further action is approved by Congress.

The recent beheading of American journalist James Foley by members of the Islamic State has many Americans, especially Veterans, up in arms. Americans, outraged at Foley’s execution, echo the words of Deputy National Security Adviser Benjamin Rhodes:

“If you come after Americans, we are going to come after you. We’re not going to be restricted by borders,” Rhodes stated on August 22nd.

Foley was kidnapped and held by a guerrilla group that later joined up with the Islamic State in territory that ISIL had seized from Syria.

The killing of Foley might sway some lawmakers to vote in favor of immediate use of airstrikes and other military actions in Syria, if necessary to protect U.S. citizens.

Contingency plans for airstrikes in Syria have been prepared for presidential review, in case the president should ask for them. The intelligence community has also generated a list of high-value targets among individual Islamic State leaders, as it did with al-Qaeda. So far, the president has not formally requested expanded military action.

The president has publicly ruled out sending U.S. ground forces­ into Iraq or Syria, and has resisted any direct U.S. military action in Syria.