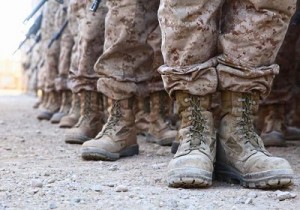 On July 10, 2014 the U.S. Marine Corps announced that it will be expanding its trial of  admitting female officers into the Infantry Officer Course (IOC).

Nearly two years ago, the Marine Corps began this experiment, with the goal of having 100 female officers attempt the IOC. Only entry-level officers, straight out of officer training, were permitted to attempt IOC. But so far, only 20 female second lieutenants (O-2) have attempted the IOC, and none have passed it yet.

Beginning October, 2014, female Marine Corps officers, up through the rank of Captain (O-3) will be permitted to apply for the IOC. All applicants must meet the other IOC requirements already in place. However, along with opening enrollment to more female officers, the Marine Corps did implement another stipulation in the requirements for all applicants; in order to qualify, all IOC applicants must achieve a first class score on the male physical fitness test (PFT) and the combat fitness test.

To achieve an overall score of 225 or higher, all Marine officers applying for the IOC must complete a minimum of five pull-ups, run three miles in 18 minutes or better, and perform 100 sit-ups. The average male officer entering the IOC has a PFT score of at least 285 out of 300 points. Before the rule change, female applicants for IOC have only had to demonstrate a first-class female PFT, which does not require pull-ups.

The Infantry Officer Course carries a 25% failure rate for male officers. The course starts off with a combat endurance test, which is designed to push the envelope of physical endurance and test the ability to make decisions under physical and mental strain. Of the 20 women who have attempted the IOC, only one has passed the combat endurance test.

Female officers in pay grades O-1 to 0-3, currently working in the fleet Marine Corps,  who want to volunteer for the IOC should apply to TECOM through their chain of command, using an administrative action form. All candidates need to have at least six months left on their contracts following the completion of their course, with no punitive action pending.

Do you have what it takes to be the first female Marine to complete the IOC? If so, step up to the challenge and make U.S. military history. Future female Marines are counting on YOU.