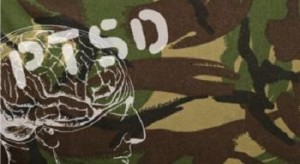 A recent study published in the Canadian Journal of Psychiatry claims that having a history of mental illness puts military service members at higher risk of posttraumatic stress disorder after a combat mission.

The study was based on data collected during more than 16,000 post-deployment interviews with Canadian service members who served in Afghanistan between 2009 and 2012. The study found that over 10% of soldiers deployed to Afghanistan had at least one common mental health problem after returning, including depression and PTSD.

The researchers say that additional inquiries should be made in order to better understand why some military personnel with risk factors, including a history of mental health problems, did well after deployment to Afghanistan, while others did not.

The Canadian study also concluded that longer or multiple deployments did not appear to be risk factors. But exposure to combat had a strong correlation to later mental health problems.