Military Blog
You are here: Home1 / Military Connection: Army SSG Knocks It Out Of The Park on “The ... 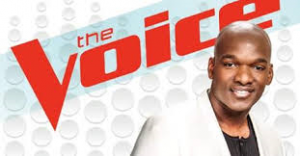 There’s only one thing you have to have when auditioning for The Voice, and it’s in the title. It doesn’t matter where you came from or what you look like, if you’ve got a voice, you’ve got a shot.

Thousands of people audition in hopes of gaining a coveted spot on one of the superstar judge’s teams, but only few are lucky enough to do so. For West Point Band lead vocalist Staff Sergeant Jeremy Gaynor, that dream became a reality. Sgt. Gaynor captivated the judges with a sensual, goose-bump inducing R&B version of “Superstar”, receiving an extraordinary four-chair turn, with the first turn just seconds into his performance.

With his choice of Blake Shelton, Pharrell Williams, Adam Levin, and Christina Aguilera, Sgt. Gaynor decided,  in a surprising turn, to join Team Christina. But there is no doubt that regardless of whose team he joined, Gaynor will be, like his song choice, a superstar! Given his natural talent, determination, and pure passion for what he does, the sky’s the limit for this breakout performer.

However, this isn’t Gaynor’s first shot at the music business. After a previous attempt failed, Gaynor’s uncle convinced him he should join the Army. In hindsight, this was the best thing the Staff Sergeant could have done. The Tampa, Florida native enlisted in 2009 and served with the 72nd Medical Detachment at Fort Campbell, Kentucky, before earning a spot in the Army Entertainment Detachment. This led Gaynor to his spot with the West Point Band, and the 30 year old quickly became the well- rounded singer he is today.  The West Point Band required Gaynor to be able to perform every type of music. He can, literally, sing everything!

It was quite surprising to see Gaynor choose Team Christina, a team normally known for powerhouse belting by female singers, not quite a match with what Gaynor brings to the table. As a coach, there’s no doubt that Christina will do what she can, but when it comes to the battle rounds, she may choose a power-pop vocalist over Gaynor. If this happens, it will allow another judge, possibly better suited to Gaynor, to launch the smooth and soulful Staff Sergeant to the stratospheric fame he deserves.

We hope you will join all of us at MilitaryConnection.com in supporting this talented soldier.  You can catch Staff Sergeant Gaynor and all the rest of The Voice on Monday and Tuesday nights on NBC. Check your local listings for times.