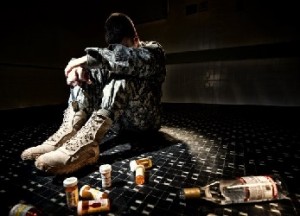 The Army is in the process of investigating all of its substance abuse out-patient treatment centers in response to claims that as many as half of the clinics were operating at substandard levels, and that thousands of soldiers are being denied the help they need.

After fourteen years of war, many soldiers, along with service members from all branches, have taken to using prescription medication for ailments such as chronic pain, anxiety, depression and PTSD. Many service members have been known to abuse their prescribed medicines, and also use other drugs, as well as alcohol to self-medicate. Every branch of the military has substance abuse programs at clinics and treatment centers to help service members with their substance abuse problems.

The effectiveness of the Army’s programs has been in decline since 2010, the year that the clinics transitioned from medical to non-medical control. Since the shift, soldiers and staff familiar with the program have complained that the “treatment” of soldiers at the centers has taken a backseat to completed reports and filled time slots. As a result, many of the seasoned staff members, including counselors and clinic directors, have left, paving the way for the hiring of unqualified individuals to fill their places.

Also since 2010, allegations backed by evidence from current and former employees, claim that the Army’s substance abuse out-patient treatment centers are falling way below performance requirements.

Approximately 20,000 soldiers seek help from these clinics every year. In 2014, more than 7,000 were turned away, following an initial screening. Reports from staff members claim that as many as half of those soldiers should have been approved for treatment.

It has been also reported that since 2010, 90 soldiers have committed suicide within three months of receiving treatment at an Army substance abuse clinic. Although these deaths can’t be attributed to poor care, 31 of these 90 soldiers were documented as having received  substandard by the clinical staff.

Under the authority of both the Secretary of the Army John McHugh and the Army’s Chief of Staff General Ray Odierno,  an investigation was launched in March, 2015. The Army Inspector General was given 90 days to investigate all 54 Army clinics across the United States, as well as in Europe and in Southeast Asia. McHugh and Odierno ordered unfettered access to “Army activities, personnel, locations, organizations and documents” to complete the investigation.