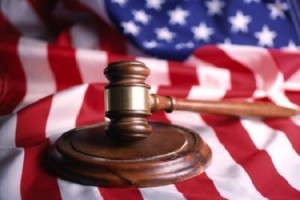 The U.S. Department of Justice (DOJ) recently announced that 952 military families are eligible to receive over $123 million due to unlawful home foreclosures. The DOJ found that five mortgage companies were in violation of the “Servicemembers Civil Relief Act” (SCRA) for foreclosures that occurred between 2006 and 2012.

Laws and regulations in some states allow for banks to foreclose on overdue home mortgages without going through court hearings, a process known as non-judicial foreclosure. The SCRA prohibits such foreclosures against service members and Veterans during a set post-service period, as long as the mortgages were taken out before their military service began. The SCRA also places an interest rate cap of 6% on these loans.

The DOJ had already ordered Bank of America to pay more than $35 million to 286 military families for foreclosures conducted by what used to be Countrywide Home Loans, but has since been bought out by BofA.

On February 9, 2015, the DOJ found that four additional banks, Citibank, GMAC Mortgage, JP Morgan Chase, and Wells Fargo, had violated the SCRA.  These banks were found to have either failed to file a proper court affidavit stating whether the borrower was in the military, or failed to adhere to the 6% interest rate cap.

From this settlement, the four banks were ordered to pay a combined sum of over $88 million to 666 military families who had been wrongfully foreclosed on.

For the most recent settlement, each affected military family will receive $125,000, plus the cost of any lost equity in the property, as well as interest on that equity. It has been reported that all  five companies have been fully cooperating with the DOJ.

“While this compensation will provide a measure of relief, the fact is that service members should never have to worry about losing their homes to illegal foreclosures while they are serving our country,” said acting Associate Attorney General Stuart F. Delery, in the DOJ announcement.

The announcement said that the military families who are entitled to compensation through the settlement will be identified later this year. Service members and their dependents should be aware of their rights to contact the Armed Forces Legal Assistance office at www.SERVICEMEMBERS.gov if they think their Civil Relief Act rights have been violated.